Is Osteospermum Annual or Perennial?

African Daisy is a perennial plant that can bloom for months and will do so year after year. Therefore, it is highly recommended for areas with high humidity and low light or dappled shade.

Osteospermum is a genus of a flowering plant in the family Asteraceae, native to southern Africa.

Several hybrids and cultivar have been grown with a wide range of colors. They are used in drought-tolerant, perennial, and butterfly gardens, but they can become invasive under some circumstances.

Osteospermum African Daisy is an erect, perennial plant that grows to a height of about 10in (25cm) with thick leaves and soft, rounded flower heads.

African daisy is a summer-long flowering and prefers warm temperatures. It is grown as a perennial in warm climates and as an annual daisy in cooler climates.

African daisies prefer full sun or light shade and well-drained soil with a neutral pH. The genus Osteospermum consists of about 70 species from small to trailing African daisy.

African daisy flowers are sometimes confused with the African marigold or African zinnia, which belong to a different genus of the same family.

This daisy bush is well suited to the perennial flower border, where they will thrive provided their soil is kept free-draining and dry.

How do African Daisy Spread

Osteospermum fruticosum - trailing African daisy plant; grows in full sun but can handle partial shade if the soil contains plenty of organic matter. African Daisy leaves are thick, glossy green and oval-shaped, and they are highly recommended as border plants or massing.

Still, they can easily become invasive in a garden bed by spreading via underground stems which root into the ground. 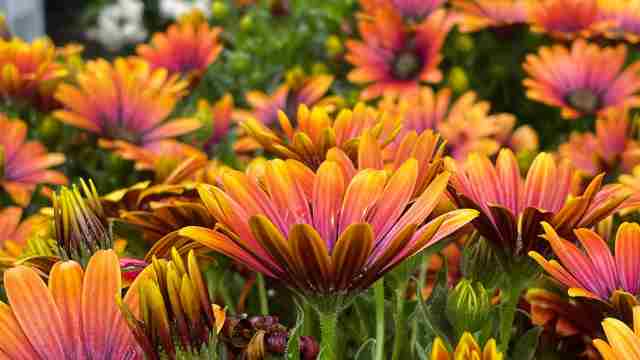 African daisies are used as groundcover in many regions.

They will germinate in cooler temperatures if the soil is kept moist. Thus, you can direct sow African daisies after the last frost - in full sun and fertile, well-drained soil.

These plants prefer light, sandy soil with good drainage. African daisies thrive in hot weather and do not like cold temperatures, so they are often grown from African daisy seeds in spring or fall. The osteospermum plant is a good border plant because it attracts butterflies and bees.

The Cape Daisy is drought tolerant and can tolerate poor soils. It has a high tolerance to heat and humidity but prefers cooler temperatures during its early growth when the plants are small. Do not plant them in the shade because they need full sun for optimum growth.

Where Does African Daisy Grow? 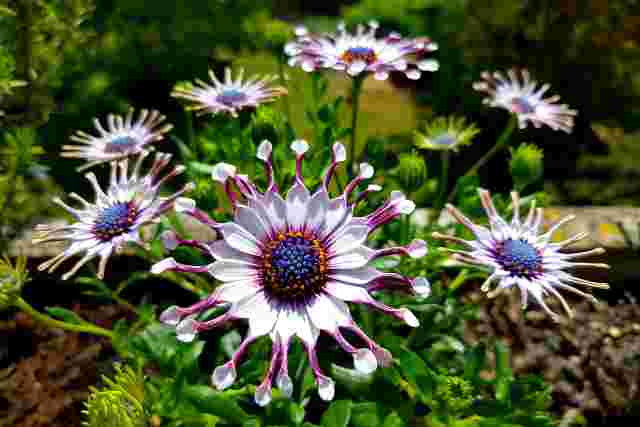 When African Daisy (Osteospermum) grows in the wild, it can be found across the southern half of Africa and South Africa in particular.
African daisies are typically grown outdoors in U.S Department of Agriculture Hardiness Zone 8 - 11.

They flower throughout the year, depending on the temperature and rainfall conditions and the species.

There are many different Osteospermum varieties available, some with purple, pink, yellow and white petals. Others have gold or black centers and come in various heights.

Plant them in containers on your balcony and garden beds, to cover slopes and to add height and color to your garden. They also do particularly well in rock gardens.

They are drought tolerant and don't require a lot of maintenance. However, keep them well-watered after planting in pots and during hot, dry spells. 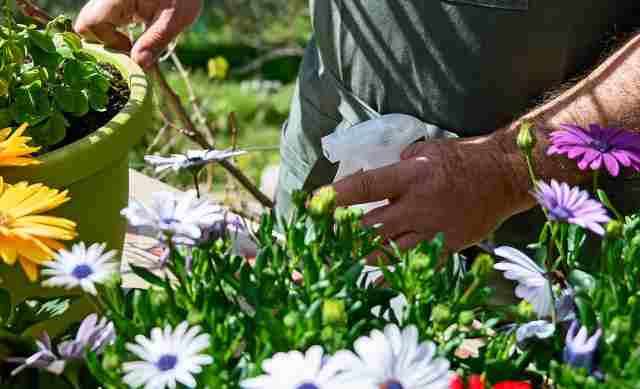 Purchase osteospermum seeds or find a spent flower in your garden and brush the seeds off into a container. Keep the soil moist before germination. Seeds will germinate within two weeks in early spring.

African daisy can be propagated by seed or from softwood cuttings.

However, rooted cuttings taken from the plant are preferred because they will produce flowers within 2-3 months with good care, and the plant can be cut back to the ground after flowering.

Take a cutting from a plant and remove the bottom leaves and any flowers or buds. Next, cut below a node and place them into some rooting hormone and containers filled with coco husk.

Plants produce flowers throughout the growing season, but they are most numerous during warmer months.

African daisy plant is easy to care for - make sure the soil drains well and keep it moist during dry spells. They will need full sun to look their best.

Plants that do well in Afternoon Sun

Plants that do well in Afternoon Sun

When to Sow Sunflowers: Growing Conditions and Planting

When to Sow Sunflowers: Growing Conditions and Planting

What to Plant Between Pavers: For Sun and Shade

What to Plant Between Pavers: For Sun and Shade